Cyber Attacks are the latest consequence of the global pandemic 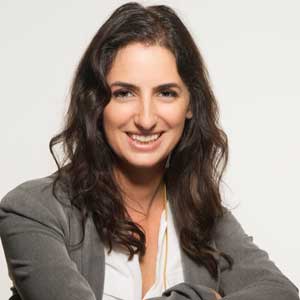 COVID-19 sent shockwaves through nearly every industry on the planet, and disrupted the lives of billions. There’s no doubt that the global pandemic has created one of the most devastating social upheavals in recent memory, but there are many unforeseen ways that the pandemic is affecting the world, even as it fades away.

One of the most devastating impacts has been the increase in serious cyber attacks. The phrase “cyber attack” no doubt conjures up ideas about computer viruses and malware, but the scale of threats posed by cyber attacks extends much further than your personal computer at home. This has been proven by the recent attacks on the oil industry, like the attack on the Colonial Pipeline. Anonymous hackers from Russia hacked into the systems used by the pipeline and essentially held it hostage; refusing to let them continue their operations until a massive ransom was paid.

After a couple weeks, pipeline executives caved to the pressure and agreed to pay the $5 million ransom to the hackers, but the damage was already done. They halted the flow of vital oil across the country, sparking major gas shortages and panic buying. Another recent hack on the largest meat processing company in the world caused similar distress. COVID-19 forced millions of people to work from home, which meant that companies needed to rely more heavily on technology. This reliance on tech is a dream for hackers - there are far more ways to exploit the cyber defenses of these companies when they rely more heavily on the internet.

All of these attacks have widespread social and economic effects, but there is one industry in which cyber attacks could be especially dangerous - the maritime industry.

It may seem like the maritime industry is an impenetrable staple of the business world, but it was just as affected by the pandemic as any other industry. Like many businesses, the maritime industry had to follow social distancing guidelines, meaning that they had to rely on the internet more heavily than ever. Unlike other industries, they also saw an increase in business due to the greater need for shipping. “The world is relying on the maritime industry even more than it had before. This caused the maritime market to be very active.” said Nir Ayalon, the CEO of a maritime cyber security company called Cydome in a recent interview.

You can probably see how cyber attacks on maritime vessels could seriously impact the world, especially as the pandemic has increased the world’s reliance on shipping. Cyber attacks that hold up deliveries injure not just the maritime industry, but every single other industry that relies on shipping. These attacks don’t just affect industries that purchase materials that need to be shipped, if you frequently shop online, maritime cyber attacks will hold up your deliveries too. This could be especially dangerous for people who rely on shipping for vital goods like medicine.

In the first few months of the pandemic alone, there was a 400% increase in attempted cyber attacks in the maritime industry, and this was largely a result of the uniquely complicated systems that these vessels use.

Imagine hackers taking control of a vessel shipping COVID vaccines. There could be millions of dollars in economic damage, but there could also be wide-ranging social effects caused by the delay of the vital vaccines. We’ve seen how great the economy can be affected when goods are delayed, like when a shipping vessel lodged itself in the Suez Canal preventing other ships from using the passage. The disaster cost the global economy nearly $10 billion in trade each day it was stuck. As previously mentioned, the maritime industry is relying more heavily on the internet than ever before, and operational costs have shot through the roof. This means that cyber attacks could cost the industry more than ever before. Unfortunately, the effects of maritime hacks can be far worse than solely economic.

Imagine if a hacker with malicious intent decided to hack an LNG tanker. These ships carrying liquified natural gas are incredibly volatile, and if breached can cause an explosion on the scale of an atomic bomb. If a hacker threatens to crash the ship and cause an explosion if they aren’t paid a large sum, suddenly the stakes of these ransomware attacks are much higher. That’s why cybersecurity is so vital on these vessels.

Quality cybersecurity systems made for the maritime industry are few and far between. Some vessels and facilities use systems made for other industries that have been modified for their purposes, but these leave many blindspots. That’s why Cydome conducted their research - to create a more adaptable and comprehensive cybersecurity solution for the maritime industry. Their award-winning system has been hailed as one of the most cutting edge systems on the market.

“When you install this solution, the solution starts scanning everything and starts learning about the different end points, the different relationship between the endpoints, and the different communication methods that this vessel uses,” said Nir Ayalon, the CEO of Cydome. Essentially, their system learns about the ways the vessel connects with the internet, and then fills the cracks in its defenses. 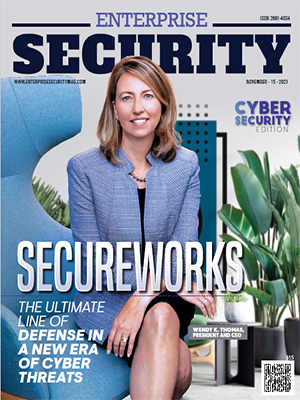